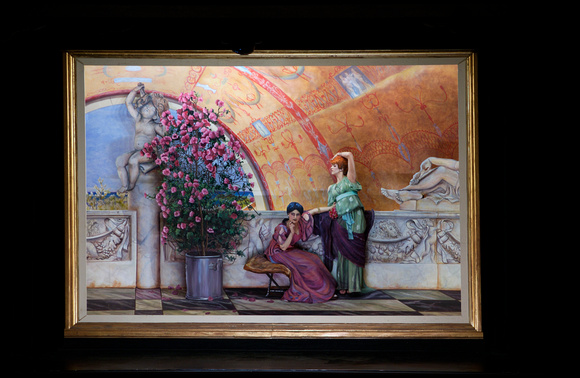 Seconds later, the lights are turned on and the live actresses seem to be "painted" in this re-creation of the painting "Unconscious Rivals" by Sir Lawrence Alma-Tadema (1893).
They are part of the 2002 Pageant of the Masters "Heroes and Heroines" in Laguna Beach, California. The Pageant of the Masters features tableaus vivants which are a theatrical re-creation of the world's great art masterpieces on various stages using live actors painted into the backgrounds.
Frederic Neema
Powered by ZENFOLIO User Agreement
Cancel
Continue